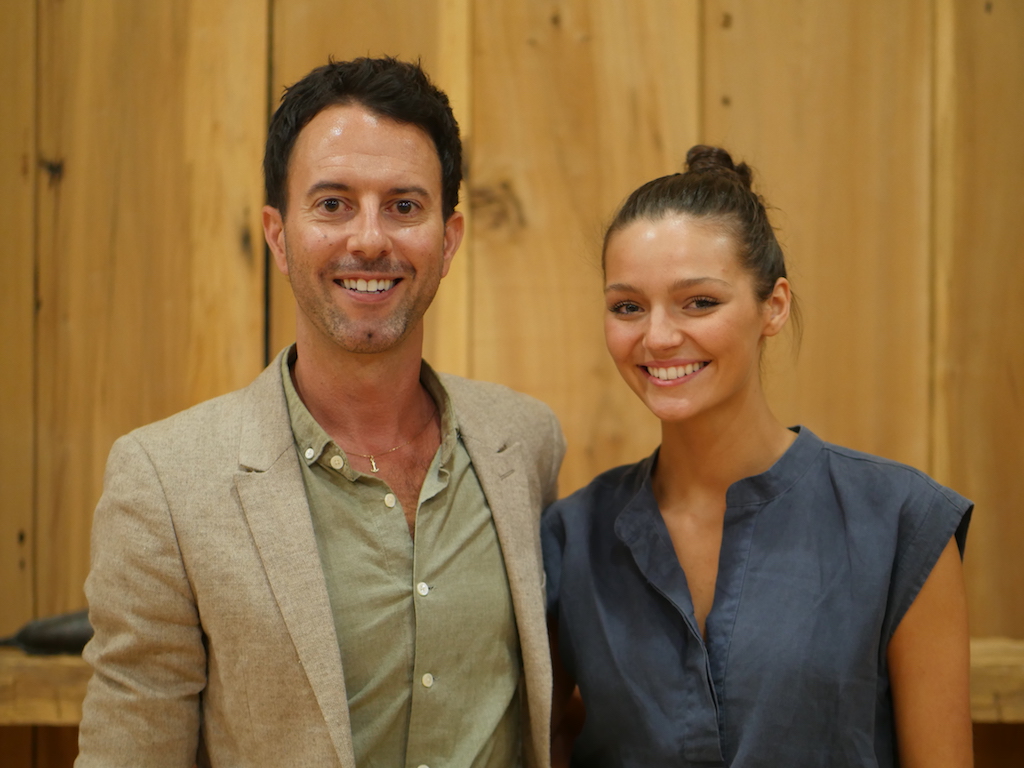 Willow alumna Greta Schacht will be hosting a screening of the film “Girl Rising,” a documentary about girls’ education around the world, at The Willow School on May 24. “Girl Rising” is not just a movie; it’s a global campaign for promoting girls’ education and empowerment. Their mission is “to change the way the world values girls and to ensure girls everywhere can be full and equal participants in society.”

Greta, now a senior at Voorhees High School, spoke with Alumni Society Coordinator Gabi Amaral about how she found out about the documentary, what it meant to her, and how it’s inspired her.

Gabi: Can you tell us a bit about Girl Rising and how you got involved with the organization?

Greta: During a week long stint of the flu, full of binge watching movies and shows, I came across the trailer for a film called “Girl Rising” and was completely mesmerized. While it was disturbing to see the current state of girls in third world countries, it also left me inspired. I immediately knew that I wanted to do more.

Why did you decide to host a screening of the documentary?

In reflecting on what it was that I could do, I realized that this film had the power to inspire change in others, as it had for me. I realized that hosting a screening was a great start and a way to reach a broader audience.

What made you choose Willow as your venue?

I immediately thought of Willow as a great place to share this because it is a place of action and change. Willow educates children to act with confidence and compassion, and meet big challenges head on. Willow did not shelter us from global issues but rather encouraged us to embrace them and inspired us to want to enact change at a very young age. I remember when I was just eight years old, my classmates and I wove old t-shirts into rugs to send to the children of an orphanage in Tanzania, many of whom were also the same age as I was. By giving to others who were less fortunate, it allowed us as children to see outside of our societal bubble and understand that there are so many people who are so much less fortunate than we are. A lot of kids probably never think of these kinds of things. Even doing something as simple as making rugs gave us a feeling of empowerment.

What are your goals for this screening? What do you hope that people learn from it?

As I began to explore ways in which I could bring this film to life for others, a serendipitous conversation led me to a connection with the producer of this film, the epitome of divine intervention. When I met with him, he said something that really stuck with me: we as humans are constantly being moved towards and affected by things. Whether it’s a photo we see, an article we read, or a film we watch…if every time we were moved by something, we went the extra mile to do something about it, the world would really be a better place.

From what I’ve been taught at Willow and have experienced in my own life, one small act truly can make a big difference. If this film can inspire someone to go out and take that extra step, whether that be something as small as telling their friends to watch this movie or as big as raising money or going out and volunteering, everything counts. The world isn’t as big as it seems. We are all connected by our humanity and I hope that this film reminds people of that.

Where are you going to be attending school in the fall? What are you planning to study?

Coming into this year, I was set on going to school straight away…because that’s what everyone else does. But when I saw this film, it had a massive impact on my life. It was really the driving force that led me to the decision to postpone college and explore global issues firsthand. I have a lot more I want to learn and a lot more I want to see.

When I return to school, I plan to study film and journalism so that I can make my own films about topics that need to be shared.

What would you like to do with your own filmmaking, in the future?

I’d like to bring awareness to big issues going on all around the globe and to give a voice to those who don’t have one. I really like the jolt of awareness that films give you. I love watching movies. It is a great way to communicate big messages that are thought-provoking and eye-opening. I think that documentaries are a really interesting type of film because of the way stories are able to be told. They are real and factual and you are dealing with authentic characters with authentic emotions. The exposure to issues captured in their raw form allows the viewer to really be impacted. The impact that a film can have on a single person…that’s what it’s all about. That is when change is enacted.

Click here to buy your tickets online! Your ticket price serves as a donation to Girl Rising. Learn more at girlrising.com.