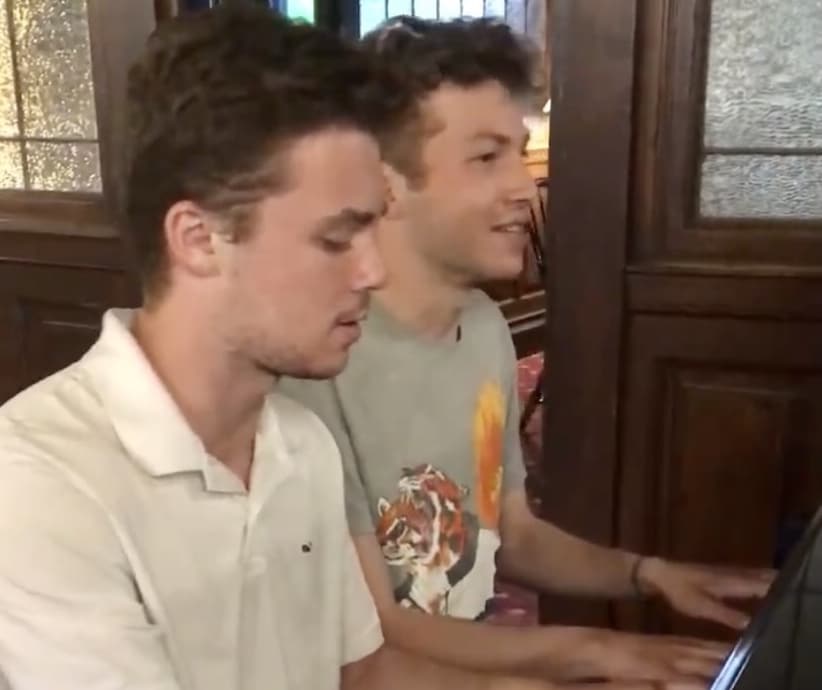 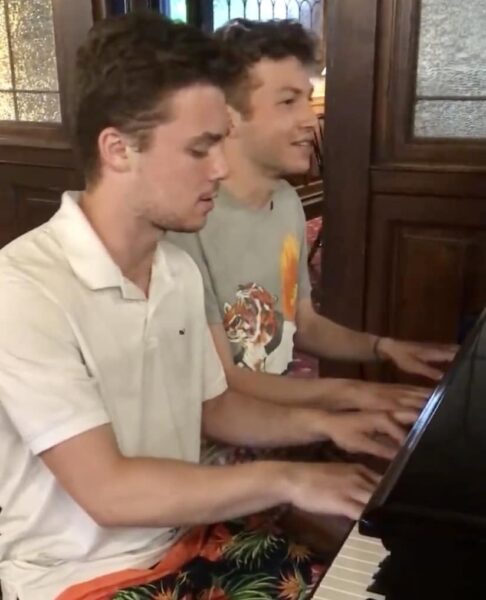 Alec and Will Steinhorn are brothers, both of them graduates from Willow. Both have accomplished many great things already, and with their talents, they will surely accomplish many more in the coming years.

Alec is a composer, music director, and piano teacher, currently based in Portland, Oregon. He graduated from Willow in 2012. A recent graduate of Northwestern University with a degree in theatre and music composition, Alec is the co-author of a full-length musical, People You May Know. The musical premiered this October through the American Musical Theatre Project in Chicago and was the recent recipient of the Kennedy Center’s 2020 Musical Theatre Award! His other compositions include the music and lyrics of a musical play, Aeroplane, and score of the play Fair Game. Alec is also the keyboardist and vocalist of the band Stage Wombat Collective, whose EP will be released this January. When not writing or teaching, Alec enjoys hiking, biking, and anything mountain-related, as well as meal-prepping inordinate amounts of food with his writing partner/best friend/roommate Jordan.

Will was in the graduating class of 2014 at Willow. After Willow, Will attended Bernards High School and graduated in 2018. He is currently a Junior at Tulane University majoring in Marketing and Economics and minoring in Finance. In his free time, Will enjoys outdoor activities such as playing soccer, running, biking, and skiing, as well as playing piano. Will even recently recorded a few Holiday Sings song for us to enjoy! Watch here.

What do you want to do as a career? Why are you interested in this line of work?

Alec: My favorite thing in the world is writing, performing, and interacting with music, and I’m incredibly lucky that I get to do those things every day in my career. I pay my rent with piano lessons, which bring me unending joy as I get to watch my students grow slowly but surely over time. It’s moving and inspiring to see someone nail a difficult passage that they’ve struggled on for weeks at long last. As much as I enjoy teaching, I hope eventually to support myself through writing — there’s nothing like the feeling of bringing new sounds into existence, or at least discovering combinations of sounds that feel new. Composition is hard to monetize, and things have become especially difficult with the pandemic in that aspect since no one is putting on musicals or concerts anytime soon. However, the plan for that is long-term and I don’t mind waiting a little, as long as I continue to write on the side, improve my craft, and add to my body of work.

Will: I don’t have a concrete career path right now, but I am interested in data analytics and marketing research because I really enjoy logical problem solving as well as thinking creatively.

What is your favorite virtue?

Will: My favorite virtue is joy. Don’t worry, be happy.

Alec: It’s gotta be curiosity! Curiosity propels me all over the place, keeping me active and explorative and adventurous. Curiosity helps expand the envelope of my experiences, bringing me new foods and new friends and new sights and sounds. It also allows me to empathize more deeply with people, because with curiosity as a guiding principle, I can focus my attention externally instead of getting caught up in my own thoughts and preconceptions. Finally, curiosity forces me never to take anything for granted because there’s always a new angle to look at anything you thought you knew. Jordan and I even have a mantra: “Stay curious!”

Since leaving Willow, what is your proudest achievement?

Alec: Woof, that’s hard to say. If I had to pick, though, I think it would be the ongoing process of the most recent musical I’ve written, People You May Know. Jordan and I started writing it in our freshman year of college, back in 2017, in a dining hall. Since then, the show has gone through four major drafts. A million songs have been added and a million more have been cut, and an incredible book writer, a whip-smart director, and a whole menagerie of mentor figures have come onto the team. This past October, it received its first public performance (online, over Zoom due to COVID-19), which was by no means a final product — there’s still plenty of editing in the show’s future — but it still felt like a huge milestone. I’m not sure, what with theaters being generally closed, when the next time People You May Know will receive a performance, but I feel proud that it’s gotten as far along as it has, and I definitely look forward to taking a well-earned break from it for the time being.

Will: I am very proud that in high school I was given the honor of performing two piano pieces at Carnegie Hall.

What do you miss the most about Willow?

Alec: Hands-down, the relationship the students get to have with nature. I’m not sure how much I appreciated it in the moment, since the woods was pretty much business as usual in K-8th, but some time away has shown me how incredibly lucky I am to have been able to frolic and learn in nature the way I did at Willow. Building forts in the woods, guys and girls moats (if you know, you know!), enlisting a cohort to chop a dead tree down with garden shovels in second grade — these are all experiences I would never have had anywhere else. The fun times in recess, in combination with some of the more educational aspects of our nature education (the phenology project and the famous pond study come to mind), taught me how the Earth can provide for humankind. In fact, this lesson contributed to my move to Portland this year, where the landscape overshadows the man-made things. I am incredibly grateful to Willow in helping me find a sense of communion with nature, and I miss those little daily lessons in reciprocity.

Will: Other than the small class sizes that allowed for close teacher-student relationships, I miss playing infection during recess and playing Destroy the Death Star during Wellness.

Thanks so much to both Will and Alec for answering these questions, especially given the amount they have going on right now. You, too, can take piano lessons with Alec! See below for more information: 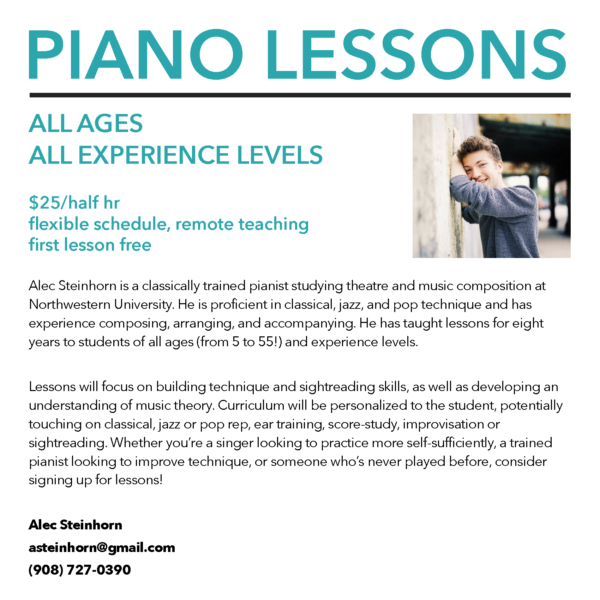